Arizona’s Double Standards: Requirements Higher for Biological Parents to Keep Their Children at Home than for Foster Parents to Take Other People’s Children into Their Home

In the course of our research at Health Impact News, we often discover medical or governmental policies which may sound good on the surface, but when examined, they expose a blatant double standard.

These policies often hold biological parents to a standard that is not expected of the state actors, whether they be foster parents entrusted with caring for children that don’t belong to them, social workers, Guardian ad Litems, or others.

Sometimes such policies are worded so as to appear that they are established in order to ensure the safety and well-being of children, but upon examination, they do the opposite.

One such policy has come to our attention that was established by the Arizona Department of Child Safety (DCS) director Greg McKay.

According to a document on the department’s website, DCS must perform background checks on every adult “living in or having access to the home” within 10 days of returning children to their homes when they are to be reunified with their parents. (See document).

The stated purpose of the policy is one that most would probably agree sounds noble:

This directive is to ensure all possible safety threats have been identified prior to returning a child to their parent/guardian home.

Everyone wants children to be safe, of course.

But there are several issues that arise with this policy.

As parents all over the United States will attest, it is much easier for a child to be snatched from everyone and everything they know and love than it is for them to be returned to their rightful parents.

Even if children were taken for false allegations (as statistics show most are), Child Protective Services social workers are notorious for creating ever increasing hoops for the parents to jump through in order to get their children back.

In some cases, it is merely an illusion of hope with the carrot of their children’s return dangled in front of them, never getting closer, while an increasingly widening circle of “providers” take their bite of the financial pie attached to every child who falls victim to remaining in the system.

Even in cases where children do come home eventually, the reunification process drags out as long as the state can still squeeze another dime out of them for services.

In what other circumstance is every person who “has access to” a home required to undergo a background check?

The same requirement is not placed upon foster or adoptive homes.

What is the standard to be applied?

In any given family or household, there may be a relative or friend with a questionable background that comes into the home, but who does not present a danger to the children as long as they are supervised.

Almost every family, including those of legislators, social workers, attorneys, and judges, has a “crazy uncle” or a black sheep. There are people who did stupid or even bad things in the past who have changed their ways and no longer present a threat.

No Agency or Entity Can Ever Remove All Possible Dangers

Another issue is that it is not truly possible to remove “all possible safety threats” from any home, whether it is a familial home, a foster home, a group home, or a hospital.

It is called “life.”

J.R.R. Tolkien acknowledged this reality in his epic novel trilogy, “The Lord of the Rings.” In the first book of the series, Frodo the hobbit recounts the words of his wise Uncle Bilbo:

“It’s a dangerous business, Frodo, going out of your door,” he used to say. “You step into the Road, and if you don’t keep your feet, there is no telling where you might be swept off to.”

No doctor, social worker, President, or parent can remove every possible safety threat, no matter how hard we may all try.

But we do the best we can with what we have.

Instead of trying to insulate children from every possible threat, we can equip children and families to deal with the dangers that inevitably arise despite our best efforts.

Foster Parents Do Not Undergo the Same Scrutiny

The most obvious is that the same standard is apparently not applied to the foster and adoptive parents with whom the department places children.

It would seem logical that the stricter standard would be placed upon those that taxpayers pay to care for children taken from their families, while some grace would be extended to biological families.

After all, simply being removed from their homes, no matter the family condition, is in itself traumatic to children. Children have the innate biological, psychological, emotional, social, and spiritual need for their own families that doesn’t go away when they are placed with other people.

Even the kindness of a stranger is not as welcome to a child as the love of their own mother, father, and grandparents.

Yet the opposite is true. The looser standard lies with those homes the children are placed into.

Perhaps no story we have covered in the last 4 years illustrates this more clearly than the case of Devani, a child taken from her family at the age of 2.

When we investigated her story, we found that the allegations under which she was taken were not legitimate. But the damage was already done – she was in the system, where she remains to this day.

Samantha Osteraas was approved by Arizona DCS to adopt her. She was recently found guilty after Devani testified that she had held her down in a scalding tub of water, which resulted in the child losing all ten of her toes and undergoing almost 30 surgeries thus far. 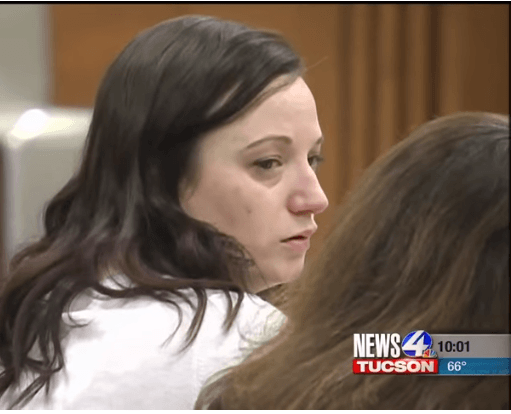 Samantha Osteraas stands trial for scalding a child she adopted, causing severe burns over most of her body. Photo source.

There were warnings given to the adoption agency and to the state that she had a history of violence.

Before Samantha and Justin Osteraas adopted her, Devani had been placed by the department into the home of David Frodsham.

He is serving a 17-year prison sentence for running a pornography and pedophilia ring out of his house, using foster children who were placed in his care by the Arizona Department of Child Safety.

According to a lawsuit against the state of Arizona by a former foster child in the house of horrors whom the department allowed to be adopted by Frodsham:

David Frodsham utilized the State of Arizona and the foster care system to funnel innocent, vulnerable children into his home, so he could run a pedophile ring.

Mr. Frodsham also acted as John Doe’s pimp, prostituting John Doe to other men, for their sexual enjoyment, and for money for himself. 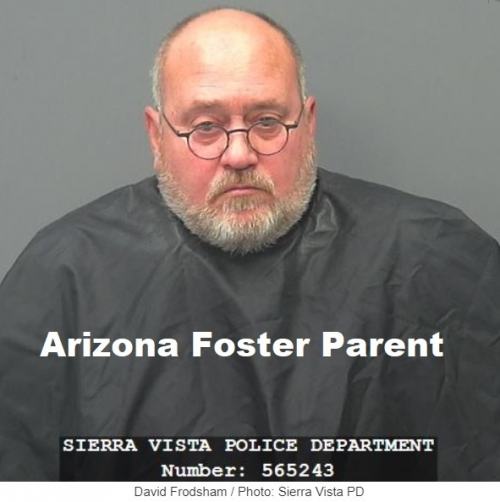 Sadly, this is not unique.

According to studies from the State Policy Advocacy Center and the U.S. Department of Housing and Urban Development, up to 80% of children/youth who are currently or formerly under foster care become victims of sex trafficking.

The number deviates from city to city, state to state, but it is never acceptable that at some point, eight in ten children in foster care suffer this horrendous experience.

Most of the children who are rescued from child sex trafficking were involved in foster care.

Though there are caring people who foster and adopt, many wicked people go into the industry for less-than-noble purposes.

This past summer we reported a man running for office in the state of Virginia who was quite transparent about the fact that he is a pedophile who advocates adopting children from the system in order to use them as objects for disgusting purposes.

Tammi Stefano of the National Safe Child Alliance has spoken out about the fact that Child Protective Services not only ignores red flags about foster parents, but sometimes outright participates with the child sex trafficking industry.

Stone asked her who CPS was turning these children over to with such “gruesome” statistics.

She told Filmaker Sean Stone that:

…what she discovered, and what the Los Angeles Times was kind enough to publish, was that 1000 “convicted sex offenders” had been given a “green light” by CPS to become “approved foster parents” just in Los Angeles County.

The end result of children being taken by an agency that does not adequately screen providers, but scrutinizes biological families to the point of absurdity, is that children are at least 6 times more likely to be abused, raped, molested, or killed in foster care than they would be in their own homes, often while their social workers turn a blind eye.

Parents who had their children taken from them because they had a medical disagreement or wanted a second opinion have reported seeing obvious signs of abuse in their children when they have visitation, but their concerns are brushed aside or ignored.

Our own interviews with children who have come out of the system reveals that most of them were put into dangerous situations and suffered abuse in foster care, sometimes horrific abuse, yet they had never been exposed to abuse in their own homes.

There is a vast double standard that exists within the Child Welfare system.

Potential foster parents are told that “you don’t have to be perfect to be a perfect parent,” yet biological parents have had their children taken from them, placed in foster care, or adopted out to strangers for being less than perfect.

The reasons can literally be as simple as dirty dishes in the sink or paying a power bill late and getting the electricity turned off.

In our latest Medical Kidnap article, Arizona Attorney General Demands Health Impact News Take Down Story on Medical Kidnapping in Violation of 1st Amendment, we discussed the double standard within Arizona’s DCS department which chastises parents involved in the system for posting photos of their children or information about their case. 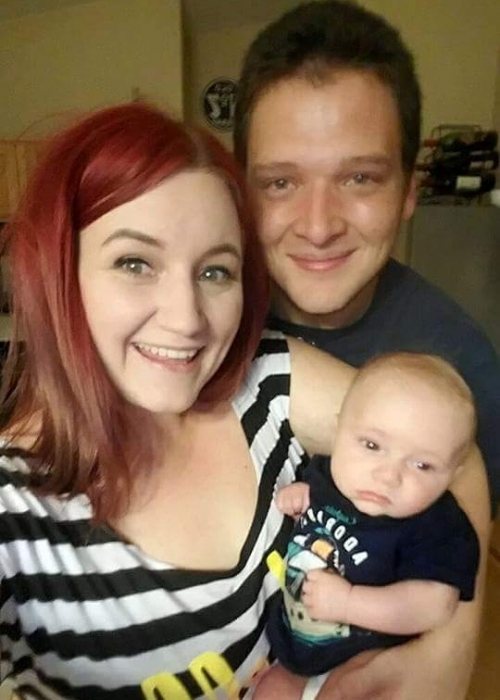 The justification for the rebuke centers on the “privacy” and “confidentiality” rights of the children. Yet, the same department has no qualms about posting photos, videos, and information about the children they have taken when they attempt to  adopt them out, advertised like puppies on Craigslist.

Note that the policy document that is the subject of this article lists Colleen O’Donnell-Smith as working in the Child and Family Protection Division, Durango Unit #2.

She is the Assistant Attorney General who has demanded that the Meissinger family be silent about how DCS and Phoenix Children’s Hospital medically kidnapped their children.

It is not just Arizona; behaviors that are standard practice for the department are vilified as unacceptable and bad when parents do it. The rights of both parent and child vanish when CPS becomes involved.

Children pay the price when they are ripped away from loving parents who didn’t harm them and placed with strangers who sometimes do not truly have their best interests at heart.

They don’t need politicians or government agencies to do what they THINK is best, because that standard has evolved into little more than what is in the best financial interests of the state that makes a great deal of money by using them as commodities.

What children need is their families who love them.